CNBC is looking at how countries around the world have tackled Covid-19. By talking to a wide range of experts, as well as everyday citizens, we’re taking stock of what’s gone well — and what hasn’t. So far, there have been more than 10 million cases worldwide of Covid-19 and more than 500,000 people have died, according to data from Johns Hopkins University. The United States has reported more than 3 million cases and more than 130,000 deaths, the most of any country. Canada, the first country in our series, has confirmed more than 105,000 cases with more than 8,000 deaths.

What has been going well

Many of Canada’s leading hospitals were generally prepared for an influx ofCovid-19. There were initial concerns about a lack of personal protective equipment back in April, but the country quickly ramped up production. Earlier this month, Prime Minister Justin Trudeau noted that Canadian companies are producing so much PPE to fight Covid-19 that the country is almost at the point of being self-sufficient.

“We did really quickly retool our manufacturing supply chain,” said Zayna Khayat, a health strategist at Toronto-based SE Health and an adjunct professor of health sector strategy at the Rotman School of Management at the University of Toronto. “We never had a domestic capacity for things like masks, gowns, and vents, so it’s been good to see us get there.”

“Covid-19 is ongoing, but so far the hospitals have never gotten that saturated,” added Dr. Zain Chagla, an associate professor at McMaster University and an infectious disease physician. Even in cities with the most Covid-19 cases, like Toronto, doctors are reporting that the situation doesn’t mirror Italy, where hospitals were overwhelmed and couldn’t maintain the standard of care.

The cult of Bonnie Henry

Dr. Bonnie Henry, a physician and the provincial health officer of British Columbia, has become a kind of folk hero in Canada during the crisis. “She stands out for really clear messaging and her empathy. When she announced the first death in Canada, she was overcome with emotion,” said Andre Picard, a health columnist for The Globe and Mail.

Henry has become such a figurehead that when a Vancouver-based shoe company learned that she was a fan, they put out a limited-edition release of shoes to honor her.

Public health experts note that it’s important to have a spokesperson who can regularly speak to people about the pandemic in a consistent way. Henry, at least so far, has all the qualities that public health departments typically look for in a public face. Many people find her soft voice to be comforting, and she’s taken time to remind Canadians to be good to each other and to come together in the face of a unified threat. She typically ends her calls and presentations with a trademark line: “This is our time to be kind, to be calm and to be safe.”

Most important, her communication style seems to be working. British Columbia could have experienced a major outbreak, given that a large chunk of its population travels back and forth to China. But public health experts note that it’s been manageable. Thus far, there have been a little more than 3,000 reported Covid-19 cases and less than 200 deaths in the province. “If you look at British Columbia, with its population of millions of people, the fact that they came out relatively unscathed from Covid-19 is a huge testament to her leadership,” said Chagla.

Similarly to other countries, Canada has seen hundreds of its medical providers get sick with Covid-19. Ontario, in particular, is reporting rising cases among heath-care workers. Doctors and nurses have spoken out to the local press referring to the situation as scary and alarming, but many are continuing to treat patients despite the risks. Some workers in long-term care facilities have died from the virus.

“It’s the job, we go in,” said Dr. David Fisman, an epidemiologist and professor at the Dalla Lana School of Public Health at the University of Toronto, when asked about the contribution of the country’s health-care workers.

“There are so many stories of courage and kindness on the front lines,” added Dr. Andrew Boozary, an assistant professor of public health at the Dalla Lana School of Public Health.

Experts say that Canada’s economic relief package — and its safety net in general — is more robust than what the U.S. has offered.

Canadian residents may apply for up to $2,000 in direct monthly payments for a four-month period. That program was open to those who had lost their job or couldn’t work because of Covid-19, but has now been expanded to those who earn up to $1,000 per month.

Similarly to the U.S., there were delays with the system, at least initially, but most of the experts agreed that the program has done a lot to support those impacted by the pandemic.

“I am not an economist but the federal transfer program seems to have kept our economy going along OK,” said Fisman, the Toronto epidemiologist . “As provinces have controlled their epidemics they have started making new jobs (and) I do think there is a renewed sense of needing to onshore some manufacturing.”

“We did a good job ensuring that people had enough financial means to live through lockdowns,” added Tazim Virani, an assistant clinical professor at McMaster University. All in, the relief will provide $27 billion in direct supportto Canada’s citizens and its businesses.

The dramatic spread of COVID-19 has disrupted lives, livelihoods, communities and businesses worldwide. Organizations around the world, including the Forum and its partners, are coming together and innovating to minimize the impact on public health and to limit disruptions to economies and supply chains. Here are just some ways Forum partners, corporations and other organizations globally…

r. Soumya Swaminathan, the World Health Organization’s chief scientist, told the Financial Times’ Global Boardroom webinar on Wednesday: “I would say in a four to five-year timeframe, we could be looking at controlling this.” To date, more than 4.3 million people have contracted the Covid-19 infection, with 297,465 deaths worldwide, according to data compiled by… 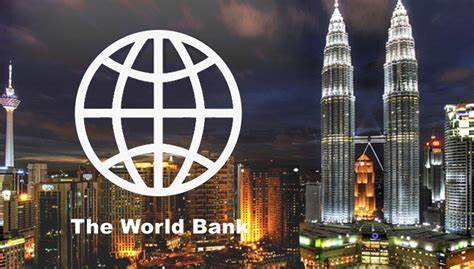 More than US$500m to address the COVID-19 pandemic IFC, a member of the World Bank Group, committed US$5.6billion to private sector development in the Middle East and sub-Saharan Africa in fiscal year 2020, supporting businesses across the two regions to launch, grow, provide jobs and fight impacts of the global COVID-19 pandemic. In addition, IFC…