“All across the world we are noticing growth…. Technology growth is the driving principles that are developing renewable energy resources. But Ghana seems to be missing in the puzzle. Renewable energy is a fright to policy makers” – Nana Amoasi VII, IES Executive Director.

Across the world, access to energy is deemed as essential for the promotion of economic growth and reduction of poverty. Modernizing agriculture, increasing trade, empowering women, saving lives, improving transportation, expanding industries, and powering communications, all require abundant, reliable and cost-effective energy access (Sakyi, 2019). Africa, the second most-populated continent in the world, has substantial renewable energy resources, most of which are under-exploited (United Nations, 2020).

The United Nation (UN), opined that based on the limited initiatives that have been undertaken to date, renewable energy technologies (RETs) could contribute significantly to the development of the energy sector in major parts of Africa. According to the body, renewable energy provide attractive environmentally sound technology options for Africa’s electricity industry. The technologies could offset a significant proportion of foreign exchange that is used for importing oil and fuel for electricity generation in most African countries.

This means that Africa, including Ghana, cannot and should not rule out the enormous benefits associated with renewable energy within the energy mix, having regard to the special circumstance of the necessities and capacity of the continent regarding demand for energy. Although, Ghana abounds with renewable energy resource potential, particularly biomass, solar and wind, and to a lesser extent small and mini-hydropower (IRENA, 2020), the bulk of this potential remain largely untapped, according to Ghana’s Ministry of Energy.

The country’s National Energy Policy objective of using renewable energy for 10 percent of total energy production by 2020, which has recently been amended to 2030, was translated into the Generation Master Plan as 10 percent of the electricity generation mix. This focused exclusively on grid-connected applications, essentially 6 percent dispatchable and 4 percent variable renewable energy power.

Investor interest in developing variable renewable energy power has increased at a time when thermal power generation is expensive, and backup capacity in nearing zero. The time has therefore come for the Government of Ghana (GoG) to assess the grid conditions to accommodate variable renewable energy. This will further help establish technology-specific targets and related definite capacity additions, thereby increasing market confidence and competition. This may lead to reductions in power generation costs.

While Ghana fails to tap into its renewable energy potential, Senegal seems to have found the relevant steps to explore all possible and untapped potential in the country, and could be said to be leading in the quest to explore renewable energy as part of the energy mix. In February 2020, the first large scale wind farm in West Africa was inaugurated in Senegal.

His Excellency (HE) Macky Sall, Head of State of Senegal, inaugurated the first part of the 158MW Taiba N’Diaye wind farm, which was developed by United Kingdom (UK) based company Lekela Power. During the opening procedure, Macky Sall is reported to have enthusiastically mentioned that this is only the first step in making Senegal a country which will in the future mostly rely on renewable energies, and making a strong commitment to extend as quickly as possible the Taiba wind farm.

The project, once fully operational, will provide clean, cheap and reliable electricity for around 2 million people in Senegal. The government of Senegal has made the development of the power sector a key component of its plan to make the West African country an emerging economy by 2025.

One of Senegal’s priorities for achieving this is increasing access to electricity, particularly in rural areas through wind power and solar photovoltaics (PVs); the conversion of light into electricity, according to the country’s 2018 energy policy.

While the Lekela project developed throughout the past years was inaugurated, a similar development of Lekela in Ghana sits, waiting for the green light from Cabinet and Parliament to proceed. The 225 Megawatts (MW) wind farm at Ayitepa, which was developed by the Swiss company NEK Umwelttechnik AG for Lekela Power, is said to have procured all required permits and authorisations in order to be implemented and constructed. But despite all these attempts to explore our untapped potential in renewable energies, the Government of Ghana has not exuded the needed support for the project, and to make the country a renewable energy hub.

Suffice it to say that, in its budget statement presented by the Finance Minister, Ken Ofori-Atta on March 02, 2017, in clause 468, indicated that Government will facilitate the development and implementation of the Ayitepa project. The implementation of this paper is yet to be made manifest outside the books. The said Ayitepa project could have been ready to be built by end of 2017 if Ghana had not gone to sleep on its renewable energy commitment.

There is overwhelming literature to support that renewable energy comes at a cheaper cost compared to fossil fuel. This is perhaps why Lekela even offered to Electricity Company of Ghana (ECG) a price of 8.9 US Cents per kWh for the sale of the wind electricity. But be that as it may, there has been no further commitment on the part of Government towards the implementation of this project. This means that the Ghanaians and local industries would still have to pay very high prices for their electricity because the Government concluded with Independent Power Producers (IPPs), who use gas or oil (fossil fuels) for their plants, offtake agreements for exorbitant high prices.

While Senegal changes its old and outdated electrical generation plants to renewables, the Ghanaian Government is obviously sleeping. It continues to rely on old, expensive and outdated power plants, when the future will only belong to renewables. The success story of Senegal should be an indicator that clean energy is possible, feasible and a viable alternative in the energy mix.

The Swiss project developer NEK has also other wind energy projects in Ghana under development, such as the 200MW Konikablo wind farm. This project is also ready for construction, awaiting few permits from government. Barring the lukewarm attitude of government, produced electricity from the project would have been ready to be fed unto the West Africa Power Pool (WAPP) for possible exports to surrounding countries for use.

This means that aside being available for local consumption, surrounding countries stands to profit from this cheap and reliable electricity produced from Ghana. As it stands now, the Ghanaian population would have to wait even longer to get cheap and reliable electricity. It is therefore overdue that the Government changes its outdated, old fashioned attitude to support only polluting, expensive and unreliable power plants.

Maybe someone must tell Mr. President not to sleep any longer on this essential commodity which could provide abundant, reliable and cost-effective electricity access. He must wake up and provide the necessary approval so the country can proceed to implement renewable energies, otherwise, Ghana will lose its pre-dominant role in West Africa.

The International Renewable Energy Agency (IRENA) has taken note of the acceptance of renewable by the local populace, and therefore calls on Government to facilitate the spread of renewable energy technologies. What is required of Government is an established set of end-user access facilitation options, which could include targeted subsidies and deferred payment schemes that could be pre-financed directly by service providers or through a microfinance institution. It also needs to establish sound business models for both stand-alone systems and mini-grids to increase the viability and sustainability of decentralised renewable energy projects, and provide access to electricity services in rural Ghana.

It is hoped that this can be achieved by getting the Renewable Energy Fund (REF) up and running alongside other financing support mechanisms like group lending approaches and sustainable credit programmes for low-income operators and farmers. Researchers should be supported in designing prototypes for solar dryers that could be manufactured locally. The government is also to lead awareness-raising campaigns and communications strategies, improving end-user knowledge of the new opportunities and benefits of off-grid renewable energy systems.

It is imperative to say that if Government must meet its National Energy Policy objective of using renewable energy for 10 percent of total energy production by its new set target for 2030, then it ought to do more than what the country is currently experiencing.

>>>The writer is a Private Legal Practitioner working with the IES as an Analyst with the Policy and Sustainable Energy Transition Desk. Email: [email protected]

The COVID-19 crisis has revealed banks to be not part of the problem for a change, but part of the solution. They have so far proven to be resilient, mostly as a result of the stricter capital and liquidity requirements imposed on them following the 2007-09 global financial crisis. Today, many governments are using banks… 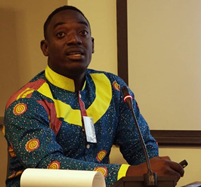 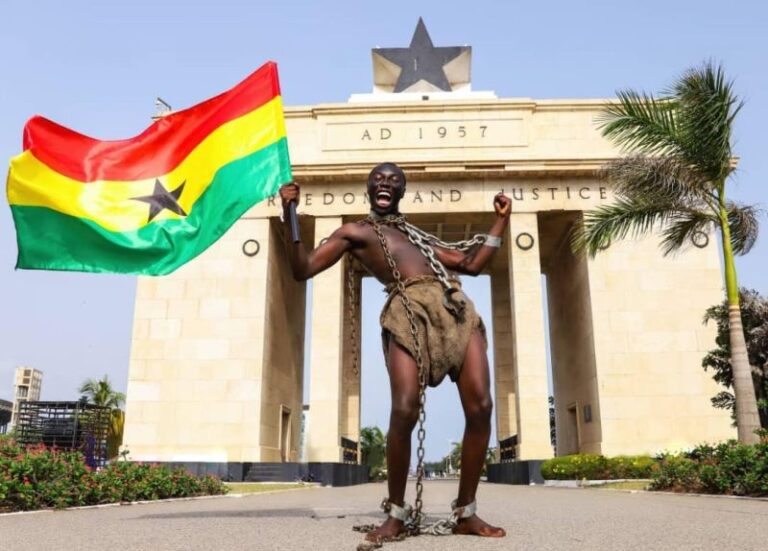